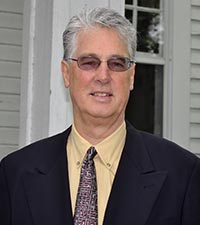 Dr. William (Bill) Rohe, a faculty member from UNC Chapel Hill has received a Fulbright Research Scholarship to research urban revitalization in Glasgow, Scotland. He will be based at the Urban Lab in the Glasgow School of Art. The US-UK Fulbright scholarship program is on one of the most prestigious and selective scholarship programs operating in the world.

Created by treaty in 1948, the US-UK Fulbright Commission is the only bi-lateral, transatlantic scholarship program, offering awards for study or research in any field, at any accredited US or UK University. The Commission is part of the Fulbright program conceived by Senator J. William Fulbright in the aftermath of World War II to promote leadership, learning and empathy between nations through educational exchange. Award recipients will be the future leaders for tomorrow and support the “special relationship” between the US and UK.

Rohe is the Cary C. Boshamer Distinguished Professor of City and Regional Planning at The University of North Carolina at Chapel Hill.  He also directs the Center for Urban and Regional Studies, one of the oldest university based urban research centers in the country.

Commenting on receiving the Award, Rohe said, “I am very thankful to the US-UK Fulbright Commission for providing me with this opportunity to spend six months studying urban revitalization in Glasgow, Scotland.  City officials in Glasgow have had great success in responding to the loss of their city’s traditional heavy manufacturing industries and in reinventing the city as an important business and cultural center.  I am looking forward to studying this successful effort and bringing back ideas that might be helpful to those working on urban revitalization in the U.S.”

The Fulbright Commission selects scholars through a rigorous application and interview process. In making these awards the Commission looks not only for academic excellence but a focused application, a range of extracurricular and community activities, demonstrated ambassadorial skills, a desire to further the Fulbright Programme and a plan to give back to the recipient’s home country upon returning.

Nearly 300,000 extraordinary women and men from all over the world have had their lives changed as participants in the Fulbright Programme. Of these alumni, approximately 15,000 UK nationals have studied in the US and 12,000 US nationals in the UK on Fulbright educational exchange programs.

The Commission is funded partially by the Department of Business, Innovation and Skills in the UK and the US Department of State, with additional support coming from a variety of individual and institutional partners including many leading UK universities and an annual contribution from the Scottish Government.