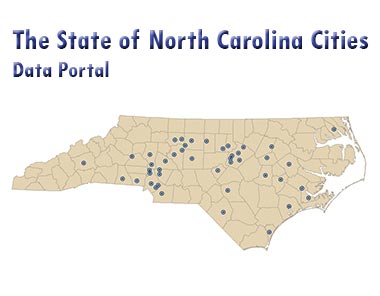 The number of households burdened by housing costs provides a measure of the cost of living and a proxy for evaluating disposable income levels in a community. This is a problem that disproportionately affects North Carolina’s largest cities and the problem is getting worse. Thirty-one of the state’s largest 45 cities have housing cost burden rates that exceed the statewide average, and the vast majority of them saw increases in recent years. The percentage of households burdened by housing costs in North Carolina’s cities ranges from a low of 20.8 percent in Apex to 53 percent in Kinston.