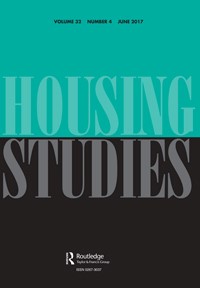 In this article published in Housing Studies, Mark Lindblad, Hye-Sung Han, Siyun Yu and William M. Rohe use psychological theory to investigate how attitudes toward homebuying relate to first-time home purchases over the past decade.

Mark Lindblad is a research fellow at the UNC Center for Community Capital. Hye-Sung Han is an assistant professor in urban affairs at the University of Missouri-Kansas City (and a Ph.D. graduate from UNC-Chapel Hill). Siyun Yu was awarded her Ph.D. in statistics and operations research at UNC-Chapel Hill in May 2017. William M. Rohe is director of the UNC Center for Urban and Regional Studies and Cary C. Boshamer Distinguished Professor in the department of city and regional planning at UNC-Chapel Hill.