“We have come to live a life that is almost exclusively indoors–from air-conditioned houses to air-conditioned cars, offices, malls…” said Marwa Koheji of her native Bahrain. “Indeed, when I learned that more than 60 percent of electricity in the Arab Gulf is consumed by air conditioning, it made me aware not only of our reliance on this machine but also of its energy and environmental cost.”

Koheji, a doctoral student in cultural anthropology at The University of North Carolina at Chapel Hill, was awarded a CURS-supported National Science Foundation dissertation grant to investigate how and why air conditioning has become so popular in Bahrain, what historical, social and material factors contribute to its spread, and to what consequences among different users.

“What made this project more interesting to me is its global relevance, especially as air conditioning becomes increasingly popular worldwide with rising global temperatures,” explained Koheji. “As such, it is also a timely project that speaks to the tension between escalating global warming and the spread of technical and energy-consuming solutions to keep humans cool.”

“This project is not merely about Bahrain…it’s a dialogue with concerns related to energy sustainability and the future of thermal comfort in urban centers worldwide.”

Her decision to conduct anthropological research in the Arab Gulf also came from a desire to contribute to a more critical understanding of the region. “While the Middle East has been a robust area of academic research, the Arab Gulf has long been an understudied region in the humanities and the social sciences,” Koheji said. “As a result, it has at times been viewed as a region without culture and history, appearing either as a repository of unchanging traditions or, following the discovery of oil, as a hypermodern extravaganza unbridled by wealth. I see my project as a corrective to such essentialist and stereotypical understandings as I explore the tensions, contradictions and unintended consequences of post-oil transformations.”

While anthropological studies of the Middle East have addressed varied topics, research on technology and infrastructure and their role in shaping society remain limited despite their importance to the discipline and to the lives of people in the region. In addition, as anthropology is not taught in universities in Bahrain, Koheji’s project represents a pioneering effort on the part of a Bahraini. “I hope, by my research endeavors, to bring a unique insider’s perspective that would increase my fellow Bahrainis’ self-awareness as well as facilitate a greater understanding of the local culture by outside societies.”

To understand air conditioning as part of infrastructure, she attended conferences in Bahrain and other Arab Gulf countries related to cooling, energy sustainability and building design, and did a one-month internship at Bahrain’s Awal Factory, the country’s primary manufacturer of air conditioning.

Finally, she conducted observations of daily routines, collected multi-media sensory diaries via the phone application WhatsApp and interviewed Bahraini men and women of different classes to learn from them about their use of air conditioning and their ways of coping with heat. “This revealed to me how sensorial experiences of thermal comfort are shape, and are shaped by, social practices and differences related to class and gender,” said Koheji.

A technology changing a people

While air conditioning has only spread in warm climates in recent decades, in Bahrain, it began infiltrating urban life by the late 1930s. In so doing, it generated new spatial arrangements, leading to a society where people live almost exclusively indoors.

Today, with Bahrain’s intensifying summer heat, air conditioning uses more than half of the nation’s electrical consumption. “Despite the ubiquity of this machine, not everyone benefits from it in the same capacity,” Koheji points out. “The use of air conditioning is entangled with classed and gendered values and practices. As such, air conditioning does not only produce expectations of comfort but can also shape users’ everyday life, marking and making social distinctions. This technology travels, changes places and people, and is in turn also changed by them.”

As scholars and policymakers become concerned over the effects of atmospheric warming and the diffusion of energy-intensive air conditioning, Koheji’s project offers a critical response by investigating how this technology moves to and becomes integrated into different cultures. It demonstrates that the use of air conditioning is not only due to affordability and discomfort, as is often assumed. It is also entwined with particular histories and the development of particular social and spatial configurations. “This project is not merely about Bahrain…it’s a dialogue with concerns related to energy sustainability and the future of thermal comfort in urban centers worldwide.” 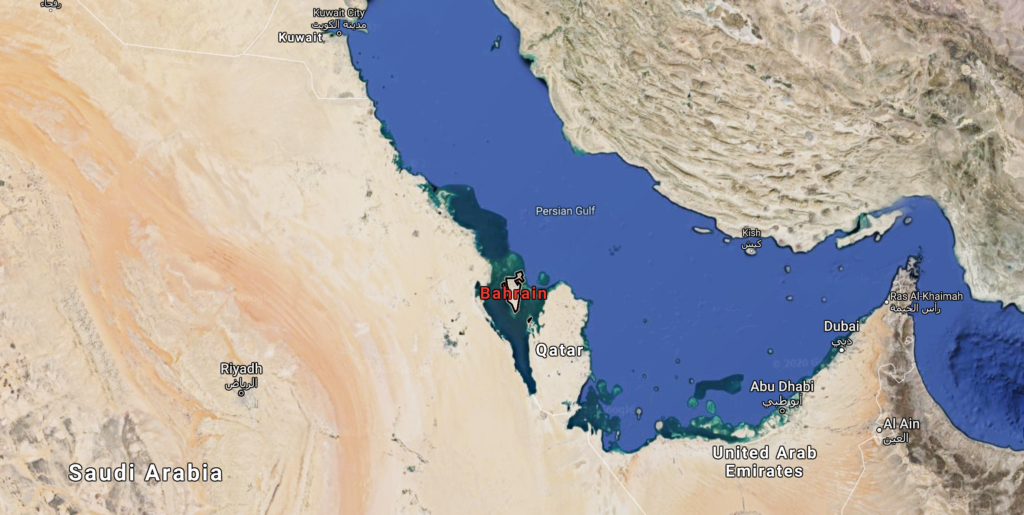 Marwa Koheji attended the University of Bahrain, where she completed her bachelor’s degree in English language and literature with a minor in American studies. Upon graduating, Koheji enrolled in the master’s program in folklore at The University of North Carolina at Chapel Hill. Her master’s research explored the history and memories of the pearl diving industry in Bahrain. After earning her master’s degree, Koheji returned to Bahrain to work as a heritage researcher for a UNESCO World Heritage Project. In 2014, she returned to UNC as a doctoral student in cultural anthropology.

All photographs (except the map) courtesy of Marwa Koheji.