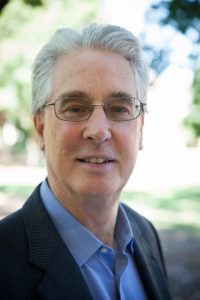 Former Center for Urban and Regional Studies Director William Rohe, PhD, has been selected by the Urban Affairs Association (UAA) to receive the 2021 Contribution to the Field of Urban Affairs Award, which is given to individuals whose body of work has contributed to defining the field.

The award committee said, “For 25 years, he directed the Center for Urban and Regional Studies, bringing it to prominence as a leading center for urban research. The interdisciplinary work of the Center makes academic research accessible to practitioners and policymakers, focused on improving communities.”

Across three books and over 70 peer-reviewed articles, his research has shaped the fields of housing and community development, and has focused, as one of his nominators described, on exploring “how people experience the impacts of policy.” Rohe’s impact is further demonstrated through his generous mentorship of junior scholars. His former graduate students remark on the time he invested in them: modeling the importance of pace, careful preparation of research and a focus on the relevance and impact of research projects.

The award committee continued, “Rohe has served the UAA well, including service on the governing board for nine years, with two years as Chair, leading numerous committees, and serving on the editorial board of the Journal of Urban Affairs since 2000. His work as an urban scholar, superlative mentor and institution builder merit this recognition.”